Géraldine graduated in 1990 from the veterinary faculty of the Liège University in Belgium and obtained the first prize for her thesis on marine mammals (particularly pinnipeds) anesthesia.

During her studies, she worked for a couple of years during her free time as a volunteer at the Antwerp Zoo and the Bruges dolphinarium, in Belgium, where she also started her marine mammal career, before choosing the path of freelance consultancy.

She has devoted this career to the promotion of medical training and state of the art preventive health care programs in marine mammals, working very closely with trainers in the development of good husbandry procedures for the animals in human care.

Together with her passion for medical training, for which she has been rewarded by several IMATA awards, among which “Husbandry training”, “Research advancements”, “Education & Conservation” or “Peoples’ choice”, Dr. Lacave has a strong veterinary expertise in reproduction, ultrasound and pinnipeds anesthesia.

She has been a member of EAAM, IMATA and IAAAM for nearly 30 years, is Past President of EAAM, past Vice-President of IMATA and presented numerous papers during scientific conferences. She is also the founder of the Marine Mammal Medical Workshops and has developed a parturition prediction program for bottlenose dolphins based on ultrasound measurements, used now worldwide.

Dr. Géraldine Lacave is fluent in English, Dutch, French, Spanish and Portuguese, reads Italian and has some basic understanding of German. 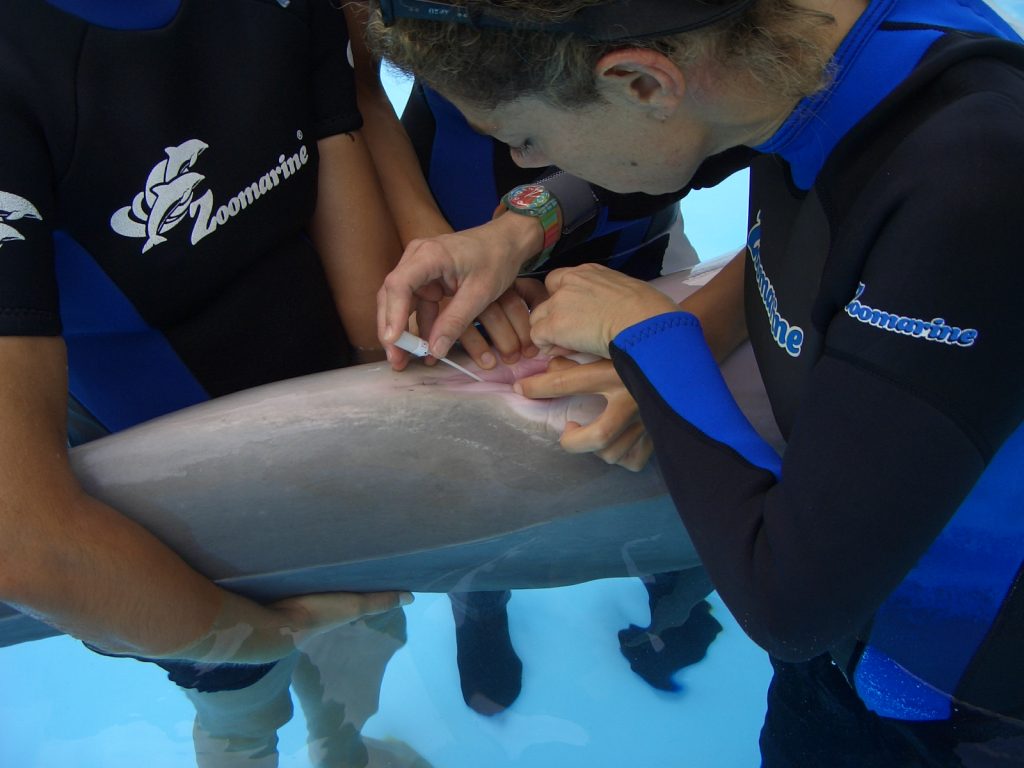